The Chamber of Commerce of Cape Coral is celebrating a milestone this year, as the city's largest supporter of growing businesses has provided 30 years of service to the community.

On Jan. 25, from 6:30 to 10 p.m. at the Palmetto-Pine Country Club, the Chamber will hold its annual Chairman's Gala, sponsored by The Gunterberg Charitable Foundation, where they will present their yearly awards, introduce the new board, have a silent auction, dinner, drinks and more.

"This is a very important milestone for the Chamber and as an organization. We continue to grow and evolve with the many changes we have seen over the years," said Chamber President/CEO Donna Germain.

She said the biggest changes in her 15 years with the Chamber, where she has served as president/CEO since 2015, has been the growth in technology that gives them various platforms to reach out to prospective members and businesses.

"Probably the biggest change is how we communicate with our members," she said. "When I started here in 2004 as the communications director, we mailed a printed newsletter every month, sent faxes and of course emails. Today, we have a digital newsletter, multiple social media sites, email, you name it."

The Chamber of Commerce of Cape Coral's mission statement is to "Champion for business and advocate for community."

The organization currently has more than 700 members, keeping them informed of issues affecting the business community, holding monthly membership meetings and holding other business-after-hours networking events.

The Chamber plays host to numerous special events throughout the calendar year, such as the Cape Coral Farmers Market, which has, for the last 25 years, brought more than 200,000 visitors to the South Cape; the Holiday Festival of Lights; Taste of the Cape; Freedom 5K; Women's Leadership Conference and more.

In the past, the Chamber also has been involved in Red, White & Boom, Celebrate Cape Coral, Cinco De Mayo and countless others.

Though its true inception came in 1965, when Edward B. Quirk's small storefront served as headquarters, it wasn't until 1989 when what we know as the Chamber of Commerce of Cape Coral today was formed by the Cape's business community following a merger with the Fort Myers Chamber in '87.

The offices serve as the welcome centers for Cape Coral and a resource for residents, visitors, newcomers and future residents.

The gala event is open to all, with tickets being $55 without a sponsorship.

Germain is excited to welcome in the new year, and new team.

"We would love to see some of our past members and past leaders come out and celebrate our accomplishments over the last 30 years," Germain said. "Past members, board members, past chairmen; are all welcome.

"We are very fortunate to have a great group of volunteer leaders at the Chamber. We are governed by a board of 25 directors, 10 trustees and 10 chairmen emeriti. We have a great mix of people that can not only provide historical knowledge, but also provide a fresh outlook on where the chamber wants to go in the future."

Bill Jacob will be presented the title of Chairman of the Board.

"Since first getting involved in the Chamber in 2012, Bill has been a great asset to the Chamber," Germain said. "He is a Leadership Cape Coral graduate, he has served as Chairman of Holiday Festival of Lights for the last two years, and his employer - CenturyLink, has served as the title sponsor of that event for the last eight years. CenturyLink has also served as our title sponsor for the Freedom 5K and is a great supporter of the Leadership Cape Coral program and the Chamber in general. We are very excited to have him step into the leadership role."

She is grateful for all of those who have played a role in the Chamber's success over the last three decades, and is excited for what the future holds for Cape Coral.

"We would not be where we are today without the countless volunteers, leaders and of course the amazing chamber staff this organization has had over the years," Germain said. "Each and every one of them had a part in growing this organization over the last 30 years. I have to thank my predecessor Mike Quaintance for his guidance and dedication to the chamber over the years. We would also like to thank the late Doug Lockhart, who was the chamber's first president and CEO.

"Our main focus in 2019 will be membership growth and retention. We are also working on some new programs events to attract the next generation of Chamber leaders. Above all else, we will continue to be the 'go to' organization for businesses and the entire community."

Angela Davis Merrill Lynch will be the champagne toast sponsor, while Chapman Insurance Group serves as a gold sponsor for the event. 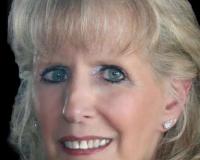 Want to Advertise on this Site?

The Cape Coral Historical Museum offers three exhibit buildings and a historic rose garden, which is often one of the favorite aspects of the experience.The focus is on the history of the city, and

Big John masks up: Iconic statue has a new look for Cape Coral's COVID-19 campaignBig John carries a lot of weight in Cape Coral â€” 6,000 pounds of it, in fact.So when the 28-foot-tallâ€

For the first time, the North Fort Myers Elk's Lodge 2742 will hold a three-day event open to the public, with numerous activities over Father's Day weekend.Summer Fest at the Elks will be held

By registering, you agree to our terms of use and that real estate professionals and lenders may call/text you about your inquiry, which may involve use of automated means and prerecorded/artificial voices. You don't need to consent as a condition of buying any property, goods or services. Messages/data rates may apply.